promising
33 Avis
41
Hashshiny
Owners of one of the largest farms in the world with new, latest generation machines. On the site there are photos and videos of the farm. Excellent returns for Zec and Decred contracts. Payments with Paypal and crypto.low fees low contract costs compared to competitors accept Paypal and credit ...
Payments reported on FoxyRating
IIIIIIIIII
Payment Solutions
Entry on FoxyRating
2 years
Supported Coins
BTC, DCR, ETH, ZEC
Cloud contracts
Equipment Market

Reason : Some proof of payment

cryptonep
9 months
So far i am happy with hashshiny. I have invested in litecoin. Best ROI coin is lite coin here.
Visit Hashshiny Give your opinion
42

new
244 Avis
42
BTCsweet
BtcSweet: Payment accepts payeer, bitcoin, paypal and perfectmoney 280 GH / s = $ 50 5 $ the minimum that can be invested besides what I did gives you 28 GH / s + FREE 5 GH / s with registration TO VALIDATE THE 5 GH / s to the inscription YOU MUST BUY THESE 5 WITH THE 0.90 $ offered OR ELSE...
Payments reported on FoxyRating
IIIIIIIIII
Payment Solutions
Entry on FoxyRating
3 years
Supported Coins
ARDR
Cloud contracts
Equipment Market

xxxxx
10 months
Btcsweet is the best platform to earn for those who have no time and less capital so join now for lifetime and start earn from now.
Give your opinion
43

new
51 Avis
43
excel-mining
They want to make cryptocurrency mining accessible to everyone. Not only do they want it to be easily accessible, but they also want to allow investors to profit once again! A lot of companies promise this, but never deliver; they are helping change this! Founded in 2020 and headquartered in United...
Payments reported on FoxyRating
IIIIIIIIII
Payment Solutions
Entry on FoxyRating
8 months
Supported Coins
BTC, BCH, ETH, LTC...
Cloud contracts
Equipment Market

dualmine.com/?ref= COMMENT IN RESPONSE TO ALL THOSE WHO COMPLAIN ABOUT DUALMINE
I made my first contract with dualmine on September 24, 2018, never had a problem with this site, always on time payments, answers to tickets .... I'm not a top expert, but I speak from personal experiences.
The dualmine project is 100% sustainable, they are doing what many have not been able to do .... that is to launch their coin while ensuring the possibility of mining 11 different crypto including CRT, not giving a crazy percentage like all those who then scam do, but a continuous and constant sustainable percentage.
Now let's talk about the CRTs: DUALMINE has made the process of creating its CRT coin waiting until the release that is next, in fact, from their updates that we have all read, it is said will be released in December, to make the "withdrawal change" that is the obligation to convert the mined cryptocurrencies into CRT to withdraw them .... In many projects I made, you were immediately obliged to convert the "mined" for their currency .... I converted many times the mined crypto to the currency of the site on which I operated that should have reached a value above the BTC .... but either they never went out or their value remained at 0.
The release of the CRT is near, we continue to mine our crypto, BTC, ETC, CRT, LTC .... and instantly change them to CRT to withdraw them, I did the withdrawal test it takes two hours to pay as they say in the news on the site.
I mean I don't know if I can explain what I think:
I mine BTC (ETC, CRT, LTC ....) every day, I keep them accumulated in my "profit" and every time I need it I convert them into CRT and withdraw!
It's the same thing I did before.
I have my "profit" capital there that increases every day, whether it is btc, eth .... and when I need it, I withdraw, then whether it is CRT or BTC / ETH / lLTC .... for me it is the same because the change is direct.
I hope I have explained my thoughts well ... Yes, I know for now we just have to have the confirmation that the CRT is out on the market, but there are a few days left, we wait without doubting and without insulting, or writing millions of tickets that do not do other than slowing down their work ....
DUALMINE FORCE !!!!
See you soon .... dualmine.com/?ref= PS LATEST UPDATE
IMPORTANT The world premiere of Cryptonits will be available soon - 02.12.2020
CRT listing will be in big trading from the world TOP 50 with a volume of a few hundred million $ 24 hours! Sounds good? More details soon ...

Shahidaakter55
6 months
Amount received : 47$
One of the best mining site. Getting a lot of payou from here. in the below picture I just showed my one of recent payouts from Dualmine to blockchain. Thank you Dualmine.com.... keep it up ?

Yemi03
7 months
Since I registered dualmine has been so good...
Keep the good work going!
Give your opinion
45

new
22 Avis
45
FlyMining
FlyMining is a Scotland-based cloud mining service provider where users can start mining for as low as $10. It features monthly, 2-year and 5-year contracts. Users can pay electricity fees with EUR/USD rather then paying them from the mining revenue, allowing them to hold on to the entirety of the...
Payments reported on FoxyRating
IIIIIIIIII
Payment Solutions
Entry on FoxyRating
2 years
Supported Coins
BTC, ETH
Cloud contracts
Equipment Market

AmitHarshwardhan
9 months
Hashgains is a scam mining company. They don't send your invesment. You can find the evidence on Medium. https://medium.com/@bkurt/cyfuture-hashgains-go4customer-are-scam-companies-d293f3674c9d
Give your opinion
47

new
23 Avis
47
BitDeer
BitDeer is a platform for providing users with shared use of mining machines, saving them the expense and trouble of buying, installing, and running their own mining rigs. It's truly one-click mining, for everyone.
Payments reported on FoxyRating
IIIIIIIIII
Payment Solutions
Entry on FoxyRating
1 year
Supported Coins
BTC
Cloud contracts
Equipment Market

CTW
5 months
The site is legitimate. I have two contracts with the company and receive payouts every three days (once my contract crosses the minimum payout threshold).

new
15 Avis
50
Operation Phoenix Mining
Operation Phoenix is a mining platform active since the beginning of 2020, it is a very interesting Canadian project because it has a very different proposal from other mining companies. The Farm has been developed and implemented in 7 years, they have a patent for the recovery and reuse of heat pr...
Payments reported on FoxyRating
IIIIIIIIII
Payment Solutions
Entry on FoxyRating
7 months
Supported Coins
AION, BTG, ETH, ETC...
Cloud contracts
Equipment Market

Ashkani
5 months
Dear friends, I would like to tell you an experience (do not pay in any way to cloud mining sites). Most of them are scams. I promise you this site is a scam! Do not doubt the scam Scam 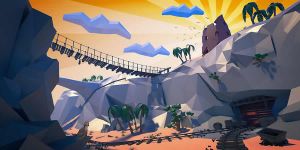 Cloud Mining: Avoiding Cloud Nothing
Cloud mining is no different than any other investment on may be interested in. There are risks and you weigh those risks against the incentive of a reward should everything go according to plan.


Register
Thanks to validate first your email address.
By browsing our site you agree to our use of cookies. You will only see this message once. Know more OK