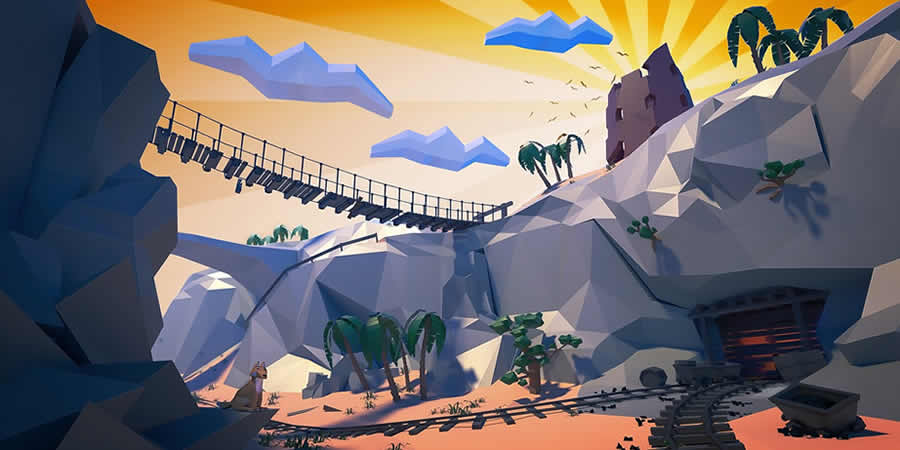 Cloud mining is no different than any other investment on may be interested in. There are risks and you weigh those risks against the incentive of a reward should everything go according to plan.

The issue with cloud mining is often the investor know very little about what even is, the first time they use bitcoin may be for this investment. They just want to get into bitcoin and read about mining then found this website where you just invest and you’re in, you can figure out the details later.

This is a great thing and I like that about cloud mining, but it has caused the industry to be littered with scams. I hope to help make those scams less profitable with this simple guide. I don’t write off a place just because it is new. I am not the “to good to be true” pessimist, but I am not the blind optimist either. I have been scammed twice, my first investment was in Sun-Mining I lost a few thousands invested and months of reinvestment. I will be scammed again but I will not ever be so invested when I do.

This advice comes from experience. It is not the way or law. It is just how I pick a company I think is legit over a scam. I have never been wrong about the scam but things I thought were real ended up being nothing. The safe bets don’t pay off as well because they don’t have too. They new guys offer deals that can really pay off to get the attention of investors but are you buying anything?? It is easy to give a deal on nothing. Even with the established company you may not know for sure if they are just selling a dream, but with the cloud mining start up assume it is one and then try to convince yourself otherwise. If it is not and you invest the rewards could be huge. I still invest in startups. I have profited from investing in a Ponzi scheme. You must take a risk to invest in the new guy. If we didn’t we would be stuck with a few companies that basically suck soak up your profits with adjustments and new fees. Taking a risk on the new guy keeps the establish companies in check. 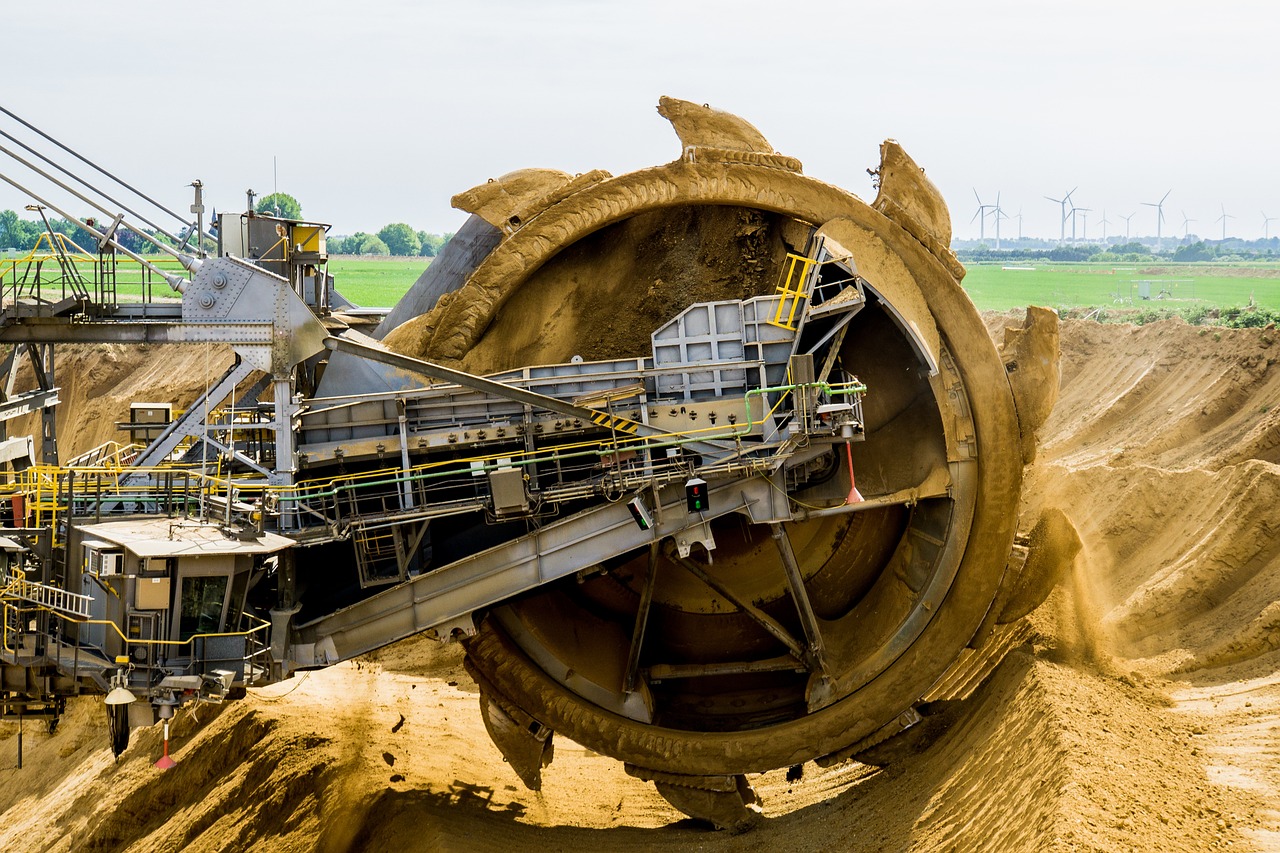 If a cloud mining site has a good reputation and has been around a few years that is safe to invest in. Time is the ultimate judge. Scam sites can only keep the scam alive so long. If you, they want to profit at some point near the start and at the end they take the money and run. What seemed like a smart investment suddenly becomes exactly what you bought, nothing. If a site is trustworthy often their prices will make you look elsewhere of they are simple sold out and have nothing to sell now. That is why investors take the risk on the new guy, price, or it is simply the only option.

Transparency is Not Camouflaged

If you can see them because they are hiding it is a scam! Transparency revels the other side.

Many companies have their reason to not want to disclose where there mining facilities are. That seems to be common. It makes you wonder what their plan is if the do not give an address there they exist in some fashion or a number that you can look up and call. If the only way to reach them is the website that is a good sign it is a scam. Often the address will be fake, if it is a fake address it is also a scam much more likely then no address at all. You would think they could at least rent an empty building and say that is them. That is another thing, the scammers are cheap and look for value pinching pennies to create this ruse as cheaply as possible. They have a phone and an address, but you can’t check it because it is in another country. What can you check if you can’t go there. All you have is a web address?? Check it!

I use whois(dot)com for such searches just enter in the web address and you should get back some info. If it is pretty much all blocked, they are hiding. That is not transparent. Most of the time this means they plan on taking everyone’s money and would not like to be contactable afterword’s. Also, how long is the web domain purchased for. A year is understandable as it is a thing you can renew and some just prefer to pay annually. But if they have it paid 5 years in advance they probably plan to be around a while. Remember scammers are cheap and will not spend that extra money when 1-year ownership of a domain is not really a red flag. I just look better if its paid in advance. If the purchase is not in the same country this should raise a flag. But there are reasons that someone may do this. Just ask them. The best thing is to say your concerned and you wanted an explanation. If you get back anger, overdefensive excesses or nothing, you have found another scam. Also, for me a major red flag is finding the location to be Panama. I think privacy is a good thing, but at the same time if you start you company anonymously then start one of the more scam littered areas to operate I do not want to give you my money. Panama has strictest laws to protect the privacy of individuals then anywhere on earth. It is better to be the drug dealer then the banker that turns one in due to suspicious bank activity. You do not have to give your identity in Panama to start a corporation so look for that. There are legitimate reasons to pick Panama, but there are more reasons not to invest in a cloud mining service when the “whois” brings this up.

Also, there will often be a number with a who is. Goggle that phone number, phone numbers can lead you to all sorts of things. If the number has a long history of being associated fraud this is probably a fraud too. When these things start appearing together it is hard to not think, “This is a scam.”.

Cartoons Are Not Real

Are the people on the website people or are they cartoons? Some industries like cartoons, cloud mining is an industry that doesn’t have that luxury. You should need a person with a face that is saying hello this is me. A bunch of social media full of cartoons is nothing the icons just look good and comfort you. Do not fall for that. Giving your money to a cartoon character is a bad idea, if you trust them heads up, cartoons are not real.

If there are people on the website and they look more like models, then tech guys. It is safe to say they are models. Do an image search. It’s a thing you can do on google. Again, this could also be not a scam, pretty people are easier to trust and buy from so ask and that may be the reason why. Some people just don’t want to be that public, but a cloud mining company should realize they need a representative that works for them and is willing to be. But sure, hiring models is a normal thing companies do. But when they lie and say this is the head block breaker, the deceit goes to a level you can no longer trust. It stops being about increasing sales and becomes more about hiding. Don’t send money for a service if the person providing it is already hiding from you.

Finally, there is the question of can you show us a picture of all this equipment? The expense that is the reason customers should send you all their money, can you prove they bought that? A unique picture of millions of dollars of mining equipment hooked up and ready to go is not an easy thing to fake. They can’t just google it. They know they would get caught. Customers can google it too. If they bought the equipment, then they would have to invest and take on risk. Avoiding that picture is the reason why scammers chose to scam. A scam will never be able to show you a picture of this, they will just have an excuse. Don’t buy it. If they don’t have the equipment, then don’t buy into nothing.

Just because you think an operation is a scam doesn’t mean you should take that public. It is not your job and it is very unfair if you are incorrect. Let people make their own decision. No one deserves to be scammed but the first time it does happen it teaches you to think for yourself, so you do not get scammed. If you have been scammed make some noise but keep the thought to yourself or tell a friend but don’t post your opinion if it hurts somebody. It is just as unfair to be falsely accused if not even more unfair. In a scam the victim at least chose to participate. Accusations take less effort then a scam and the victim didn’t choose to be accused. It just happened. Be fair.

*All pictures are from pixabay(dot)com and are approved for use without citation.

Droopy(It what people real people call me.) alias DroopyCee
I am a student. I study mechanical engineering. I like computer stuff as an interest and really my studies teach me some too. Crypto is a hobby just playing around with it is fun. If you want to chat about crypto, I do too!
Twitter •
You must be a member to be able to post here.

anisur079
4 years
Very good.
By browsing our site you agree to our use of cookies. You will only see this message once. Know more OK